Why Do We Use Blue LEDs? 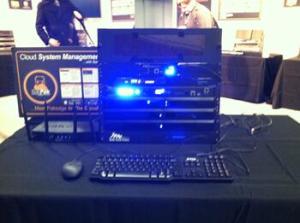 Energy-saving LED lamps are quickly replacing Edison bulbs these days thanks to their stronger, longer-lasting light and low energy requirement. This wouldn’t have been possible without the work of three scientists from Japan who were recently awarded the Nobel Prize in Physics for their invention of the blue diode.

Red and green diodes have been around for half a century, but they could not produce the desired white LED light by themselves—they needed to be combined with a blue diode for that effect.

Dozens of labs and companies thus attempted to create a blue diode for three decades to no avail. It was only 20 years ago that scientists Shuji Nakamura, Hiroshi Amano, and Isamu Akasaki used a high-quality gallium nitride crystal to create the first blue LED.

When Pakedge was in its early stages, blue LEDs had only been around for 10 years. Networking devices at the time used only green LEDs due to their low cost and availability. Despite these reasons, Pakedge still chose to use blue.

The blue LED was the final component in the white light that could operate on cheap solar power, potentially bringing light to parts of the world where over 1.5 billion people still lack access to electricity.

Blue represented something different–change. It represented the implementation of new technology to help improve the lives of its users. It represented innovation driven by vision, which is one of the core values of Pakedge.

Now blue LEDs can be found on networking devices everywhere.

And that’s why we use blue LEDs.